We’ve always known we were making a positive impact on children and empowering them to succeed. A nationwide study confirmed it for us. 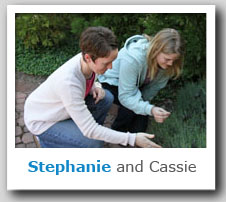 Each time Big Brothers Big Sisters pairs a child with a role model, we start something incredible: a one-to-one relationship built on trust and friendship that can blossom into a future of unlimited potential. And thanks to the first-ever nationwide impact study of a mentoring organization, we have the facts to prove it.

Public/Private Ventures, an independent Philadelphia-based national research organization, looked at over 950 boys and girls from eight Big Brothers Big Sisters agencies across the country selected for their large size and geographic diversity. This study, conducted in 1994 and 1995, is widely considered to be foundational to the mentoring field in general and to Big Brothers Big Sisters Community-Based program in particular.

Approximately half of the children were randomly chosen to be matched with a Big Brother or Big Sister. The others were assigned to a waiting list. The matched children met with their Big Brothers or Big Sisters about three times a month for an average of one year.

Researchers surveyed both the matched and unmatched children, and their parents on two occasions: when they first applied for a Big Brother or Big Sister, and again 18 months later.

Researchers found that after 18 months of spending time with their Bigs, the Little Brothers and Little Sisters, compared to those children not in our program, were:

They also found that the Littles were more confident of their performance in schoolwork and getting along better with their families.

“These dramatic findings are very good news, particularly at a time when many people contend that ‘nothing works’ in reaching teenagers,” said Gary Walker, then-President of Public/Private Ventures. “This program suggests a strategy the country can build on to make a difference, especially for youth in single-parent families.”

According to the study, our one-to-one matches are the driving force behind making an impact on children. A Big Brothers Big Sisters’ match is carefully administered and held to the strictest standards. Agency staff strives for matches that are not only safe and well suited to each child’s needs, but also harmonious and built to last. The entire matching process, from the initial screening to the final pairing—and beyond—is made possible by your financial support.

But don’t just think of us as simply matchmakers. We provide ongoing support and supervision to the Big, the Little, and the Little’s family. We offer training and advice to help ensure that the match is working for everyone involved. And our local agencies even receive their own ongoing training and consulting from the Big Brothers Big Sisters national office. It is this web of support that helps maximize the likelihood that a Big Brothers Big Sisters relationship will thrive.

The study found that Big Brothers Big Sisters’ matches consistently spend more time together, and continue as a match for longer periods, than those in other mentoring programs which Public/Private Ventures has studied.

“In mentoring programs without this infrastructure, we have found that relationships evaporate too soon for effects to be possible,” said Walker.

According to the study, Big Brothers Big Sisters programs were found to “focus less on specific problems after they occur, and more on meeting youths’ most basic developmental needs.”

The matches that were observed shared everyday activities: eating out, playing sports or attending sports events, going to movies, sightseeing, and just hanging out together.

But what mattered to the children were not the activities. It was the fact that they had a caring adult in their lives. Because they had someone to confide in and to look up to, they were, in turn, doing better in school and at home. And at a time in their lives when even small choices can change the course of their future, the Littles were also avoiding violence and substance abuse.

In addition to the lives of Littles being changed for the better, the impact is contagious.

“When Little Brothers and Little Sisters feel good about themselves,” said Young, “they can positively impact their friends and families, their schools, and their communities. And as this important study has shown, these young people believe in themselves because a Big Brother or Big Sister believed in them.”

The study was funded by the Lilly Endowment, the Commonwealth Fund, the Pew Charitable Trusts, and an anonymous donor.

Let's go for a spin! We held an outdoor bicycle giveaway last night for Littles in our program. And as always, safety first! Derry Township Police Department and Penn State Hershey Medical Center joined the fun and hosted a bike safety demonstration and set up a mini practice course for the kids.

Special thanks to The Hershey Company for supporting our Derry Township Bigs in Blue program and making activities like these possible. ... See MoreSee Less

‘Coming Out’ is a phrase we often hear when describing an individual’s LGBTQ journey. This process can be mentally and emotionally draining. At Big Brothers Big Sisters, we know it takes courage to be who you truly are. Learn how you can support your friends and family if they come out. www.hrc.org/resources/being-an-lgbtq-ally #BIGPride ... See MoreSee Less

"It's like running from hole to hole and from shot to shot," says Board Member Brian Lorenz as he and Joe Holston each worked towards completing a 126-Hole Golf Challenge. abc27 News featured their 13-Hour herculean task as they raised funds for our one-to-one mentoring programs. ... See MoreSee Less

Things always seem darkest before the dawn. The last 15 months, the Coronavirus pandemic has canceled many things, but there is light on the horizon. Last year, Joe Holston golfed 100 holes to rais…
View on Facebook
·Share